Although geothermal energy is one of the least known among renewable energies, it is growing in recent years, since it has the best seasonal performance by offering a constant temperature in the subsoil, the source of its origin.
Its efficiency is the result of the continuous flow that is stored under the surface of the earth in the form of heat. And, unlike other systems, the current weather conditions do not influence.

The prices and rates of the geothermal installations will depend on the type of building or installation. Thus, a detached house of about 300 m2 would require a geothermal pump of about 15 kW, with an estimated cost of 24,000 euros.

In the case of a leisure establishment of about 2,000 m2, it would require a 100 kW geothermal pump and the price of the investment would be 145,000 euros.

Geothermal energy is more efficient the larger the building or facility is. Thus, in the single-family housing the price of the kilowatt is more expensive than in an office building.

Talking about costs, geothermal energy has substantially lower costs if we compare it with natural gas or diesel plus a contribution of cold production through chillers.

So in a comparison with the two energies, it would be the following: 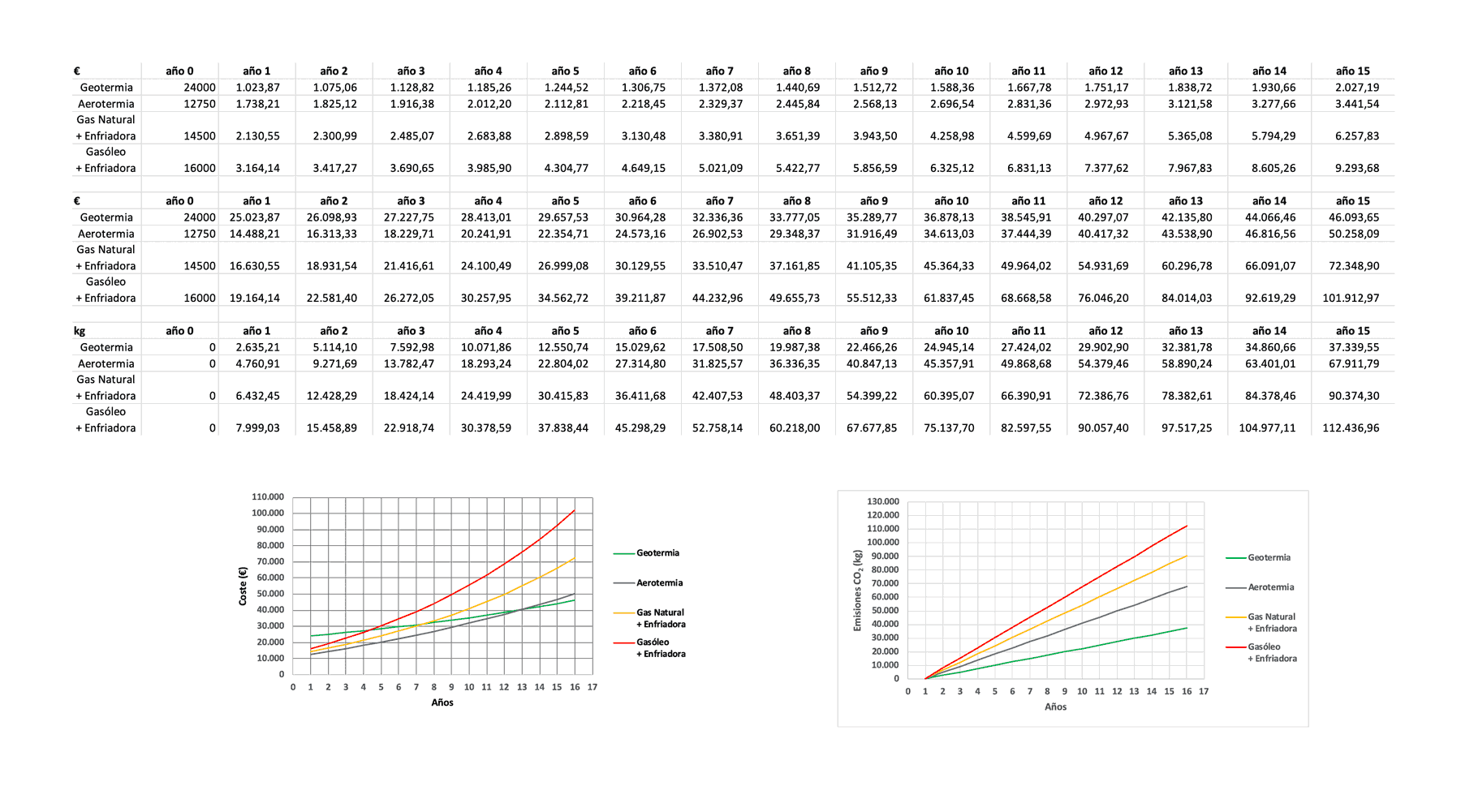